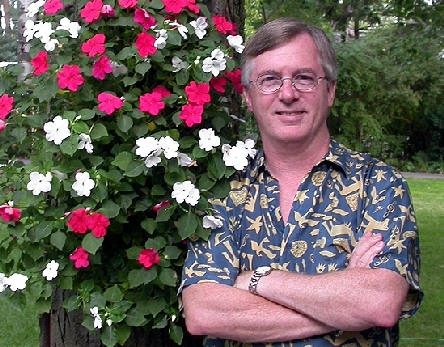 Bill Blair is an Astrophysicist and Research Professor in the Department of Physics and Astronomy at The Johns Hopkins University . He has been at Johns Hopkins since 1984, and was involved previously in the support of the Astro-1 (December 1990) and Astro-2 (March 1995) space shuttle missions that carried the Hopkins Ultraviolet Telescope into space.

In 1996, Bill joined the Far Ultraviolet Spectroscopic Explorer (FUSE) project where he was Chief of Observatory Operations for a number of years. (FUSE was a satellite developed by JHU for NASA, and launched June 24, 1999. FUSE completed operations in October 2007.) In 2002, Bill was appointed as a FUSE Co-Investigator by NASA, and was made Deputy Principal Investigator. In Bill's current position, he works on preparations for the upcoming James Webb Space Telescope, to be launched in 2018. Bill's main scientific interests lie in the areas of gaseous nebulae, supernova remnants and the interstellar medium (the "stuff" out there between the stars).

Bill grew up west of Detroit, Michigan, "back when the skies were still dark at night," he says. The picture above was taken in the back yard where he grew up and where he used to set up his 4-inch Newtonian telescope to scan the southern Milky Way on warm, summer nights. Growing up in the 1960's during the heyday of the Apollo missions had an indelible effect on Bill, who was an active model rocketeer. "Not quite October Sky," he says, "but I have some old home movies that are pretty good!"

Bill always liked physics and math, but never really thought of astronomy as something you did for a career. However, after graduating from Olivet College, a small liberal arts college in Michigan, Bill applied to the University of Michigan for graduate school in astronomy, and the rest, as they say, is history. As of December 2014, Bill has authored or co-authored over 260 papers, primarily on various aspects of supernova remnants, using a wide range of ground-based and space-based telescopes, including the Chandra X-ray Observatory, and the Hubble Space Telescope,.

In addition to his research and technical duties, Bill has always maintained an active interest in education and public outreach as well. Bill was heavily involved in outreach efforts for HUT and FUSE, and he still gives numerous talks each year to school audiences and public groups, running the gamut from astronomy and telescopes to climate change and global warming.

Believe it or not, Bill also has a life outside astronomy! He enjoys gardening, photography, and spending time with his family. He is a long-time member of Babcock Presbyterian Church in Towson, MD. Bill is married, and he and his wife, Jean, have two grown children.